Designing and installing a 25ft bronze statue at Cheltenham Festival

Celebrating the bravery of female jockeys riding at Cheltenham Festival NEWSUBSTANCE were commissioned by Paddy Power to design and deliver a 7.5m bronze statue of Rachael Blackmore.

Cheltenham Festival is one of the only elite sporting events where men and women compete as equals. Our ‘Fearless Jockey’, a hat tip to the iconic ‘Fearless Girl’ of New York, formed part of a wider campaign by Paddy Power to celebrate and encourage gender equality in racing, the sport of kings – and queens. It stood at the entrance to the Festival – welcoming roughly 260,000 guests across the four days. The inscription etched into the plinth at her feet aimed to remind visitors of one simple fact: “Some jockeys have big balls. Others are just great jockeys.” 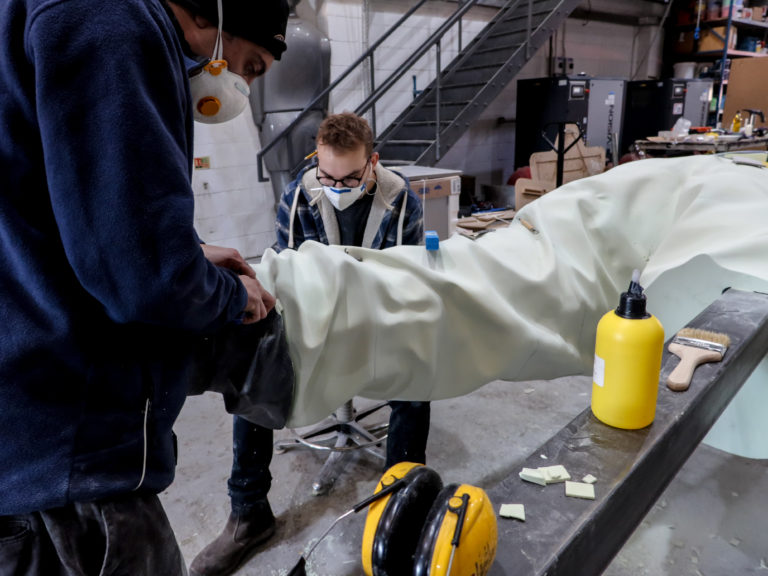 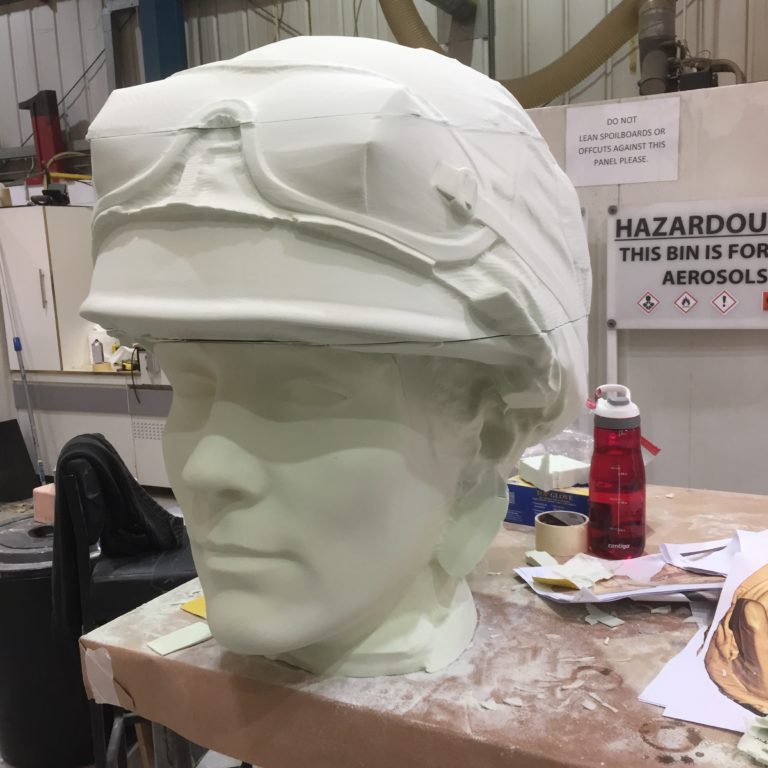 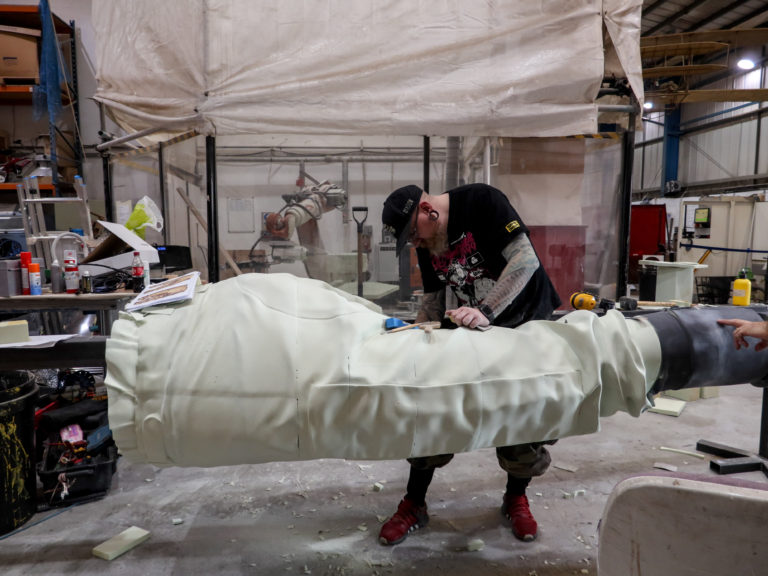 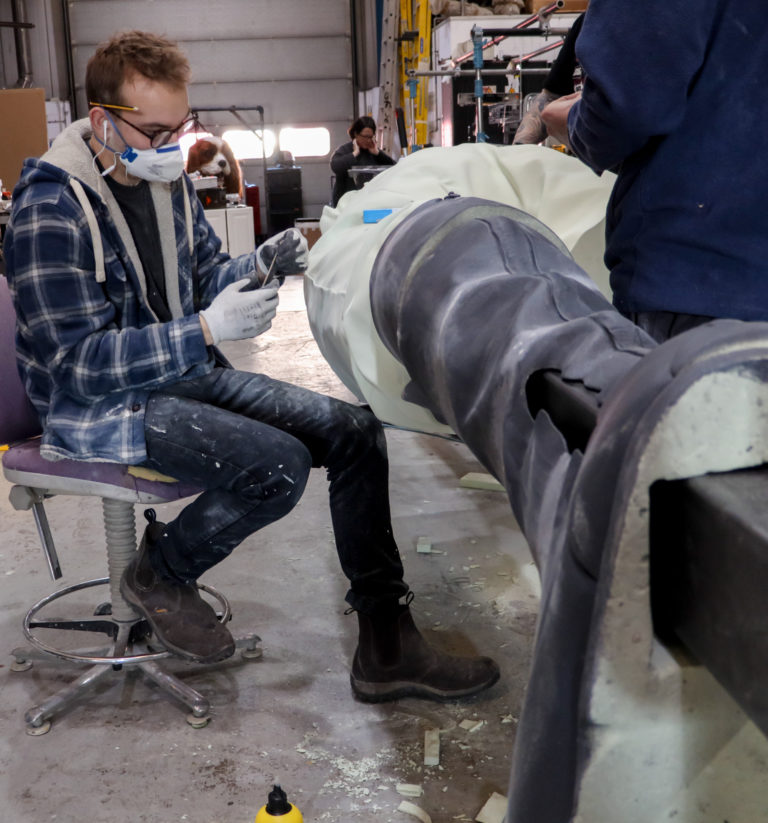 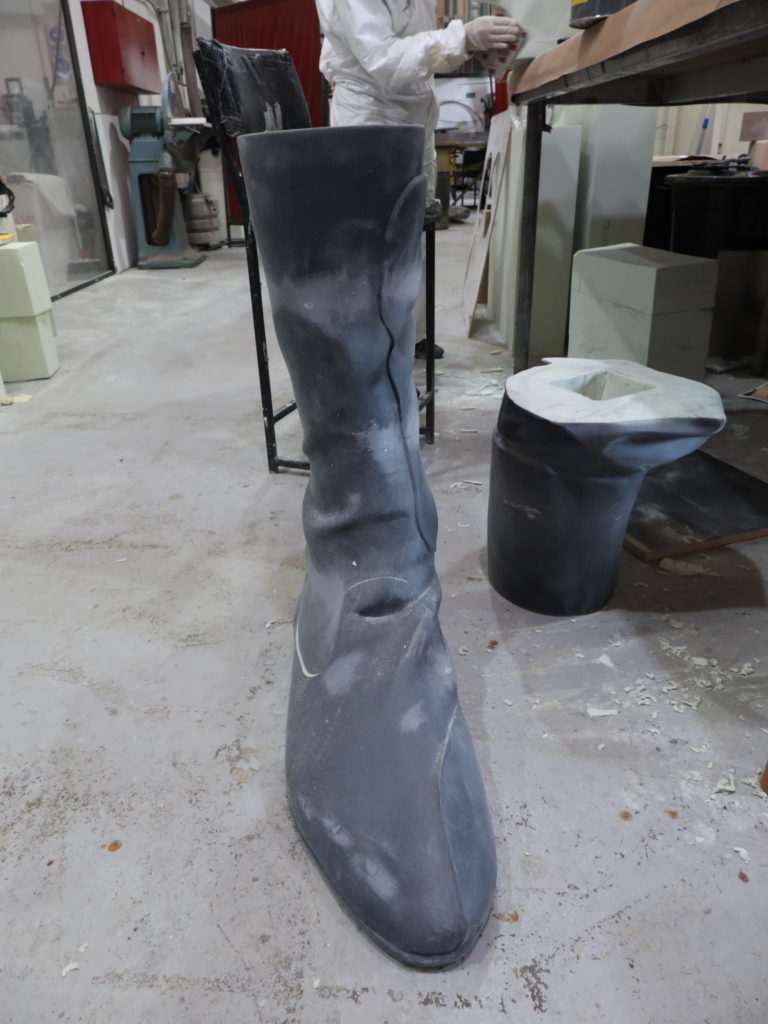 NEWSUBSTANCE conceptualised, designed and delivered the ‘Fearless Jockey’ structure by 3D scanning leading rider Rachael Blackmore, using 181 DSLR cameras strategically positioned to capture over 2,000 pictures. The statue then required thirty litres of sanding coat; this consisted of four complete sprays with sanding and filling on each coat. The last coat, containing a bronze powder, was polished with wire wool to reveal the bronzed tones.

The sculpture’s internal steel frame alone took two weeks to weld and was machined from rigid polyurethane board using a Kuka robotic arm. In its entirety the structure weighed approximately 300kgs.

The monument stood opposite the famous Centaur entrance to greet the hundreds and thousands of fans that descended on Cheltenham Festival 2019. 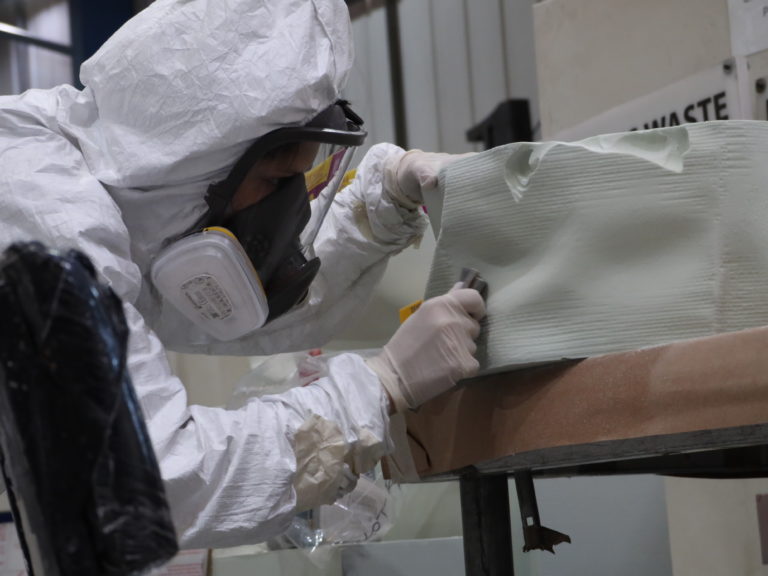 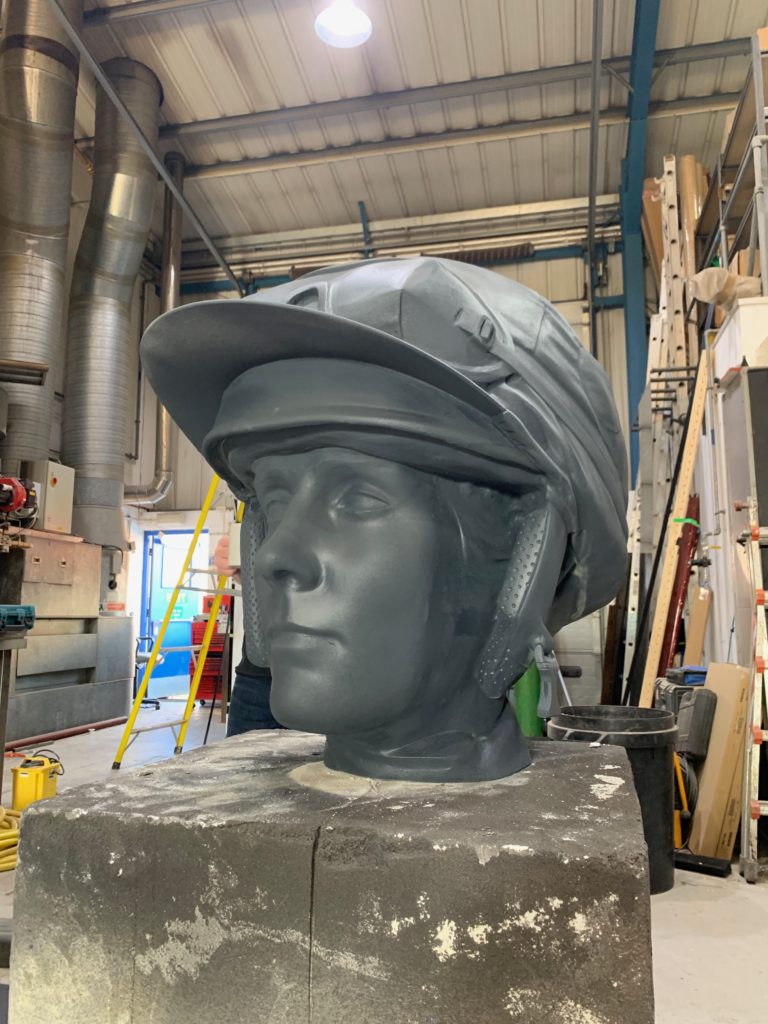 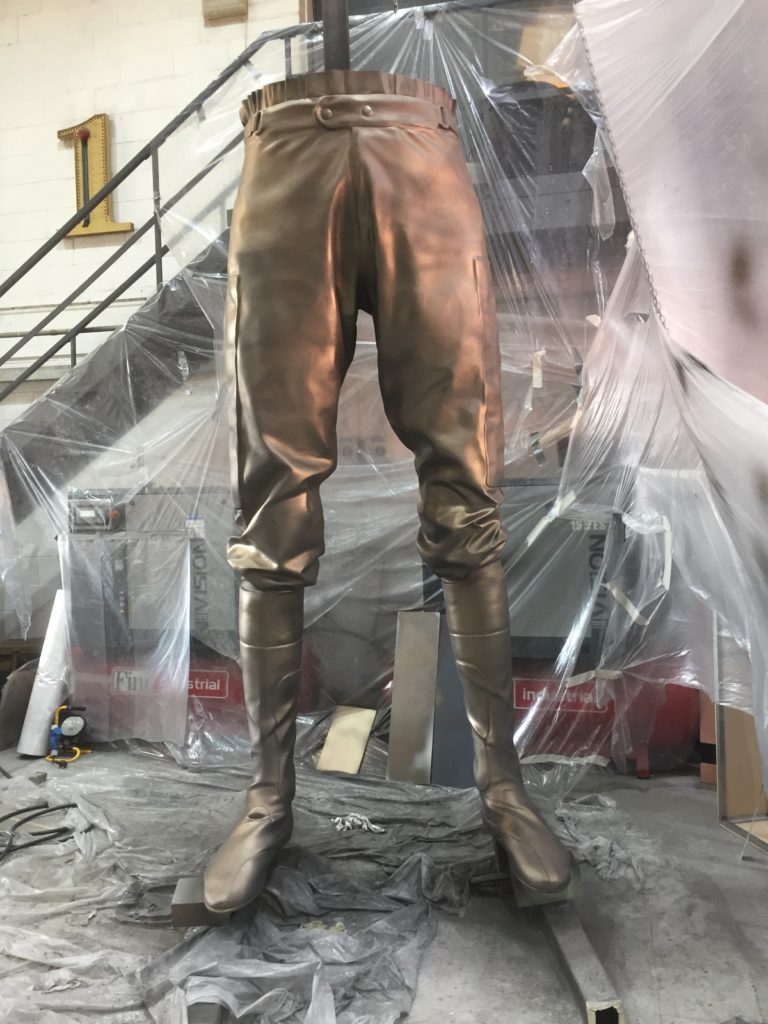 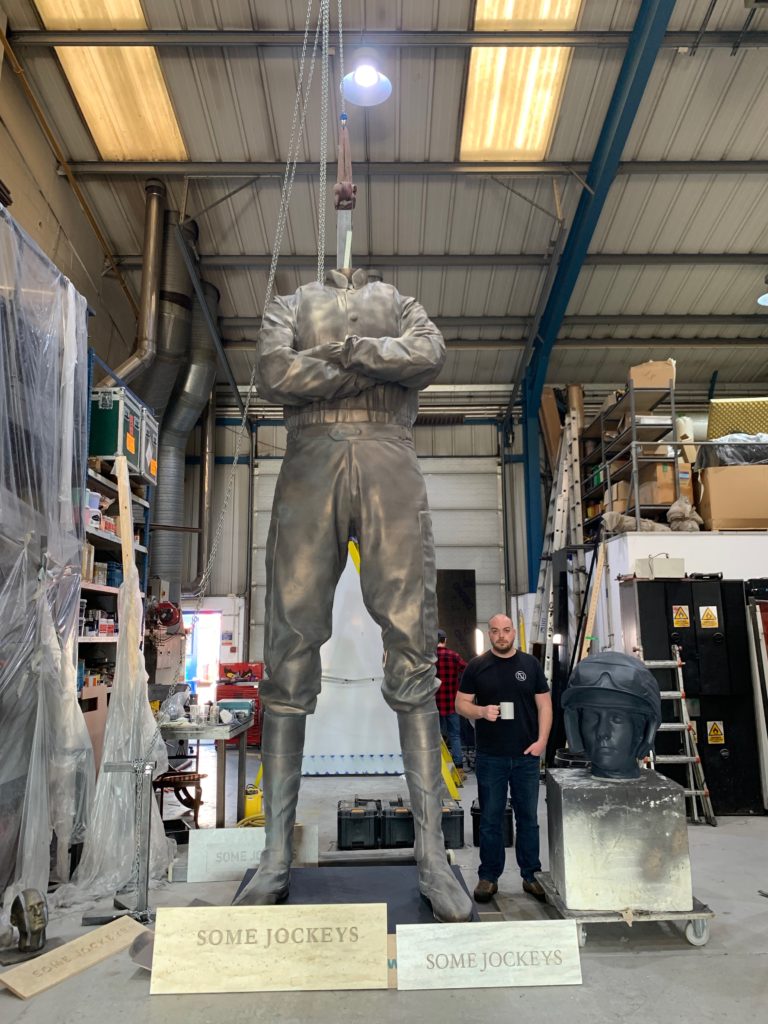 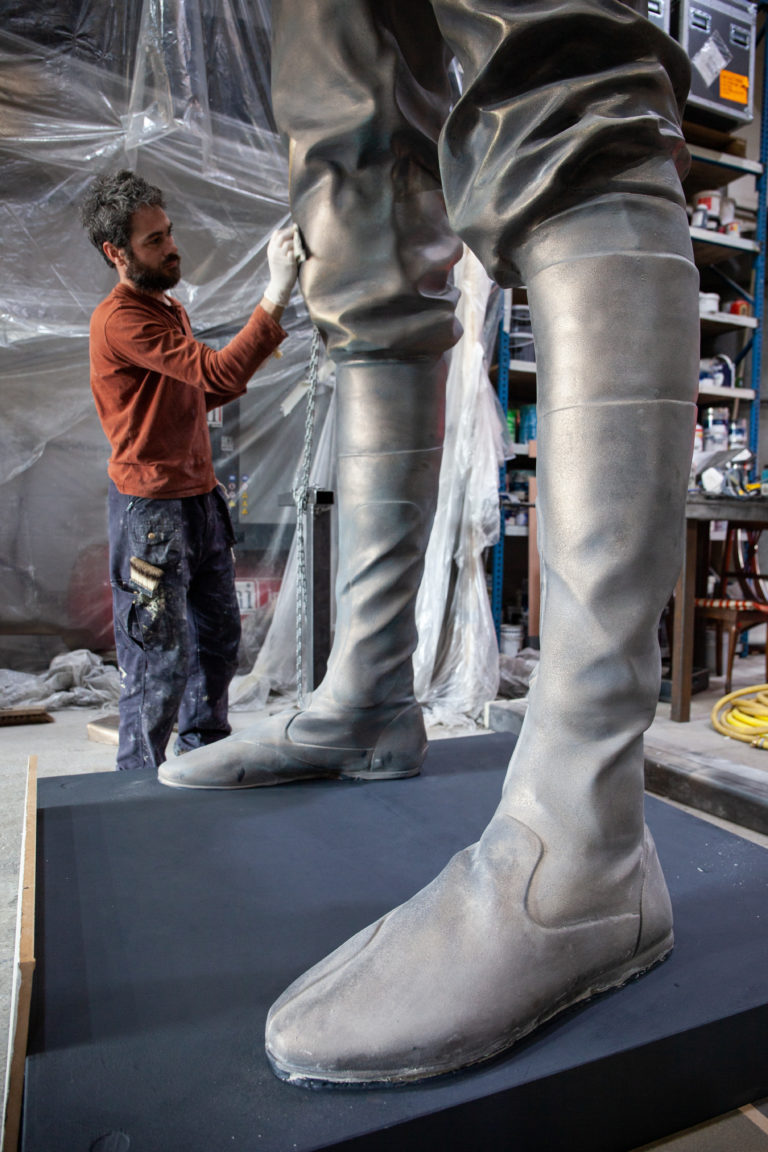 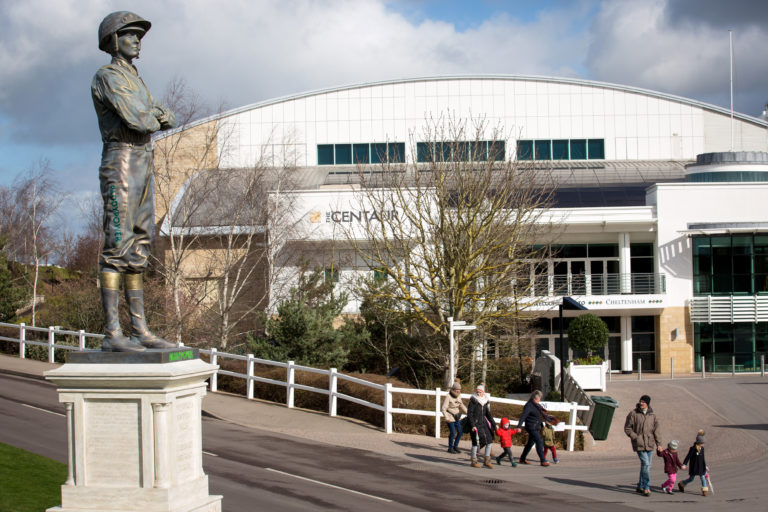 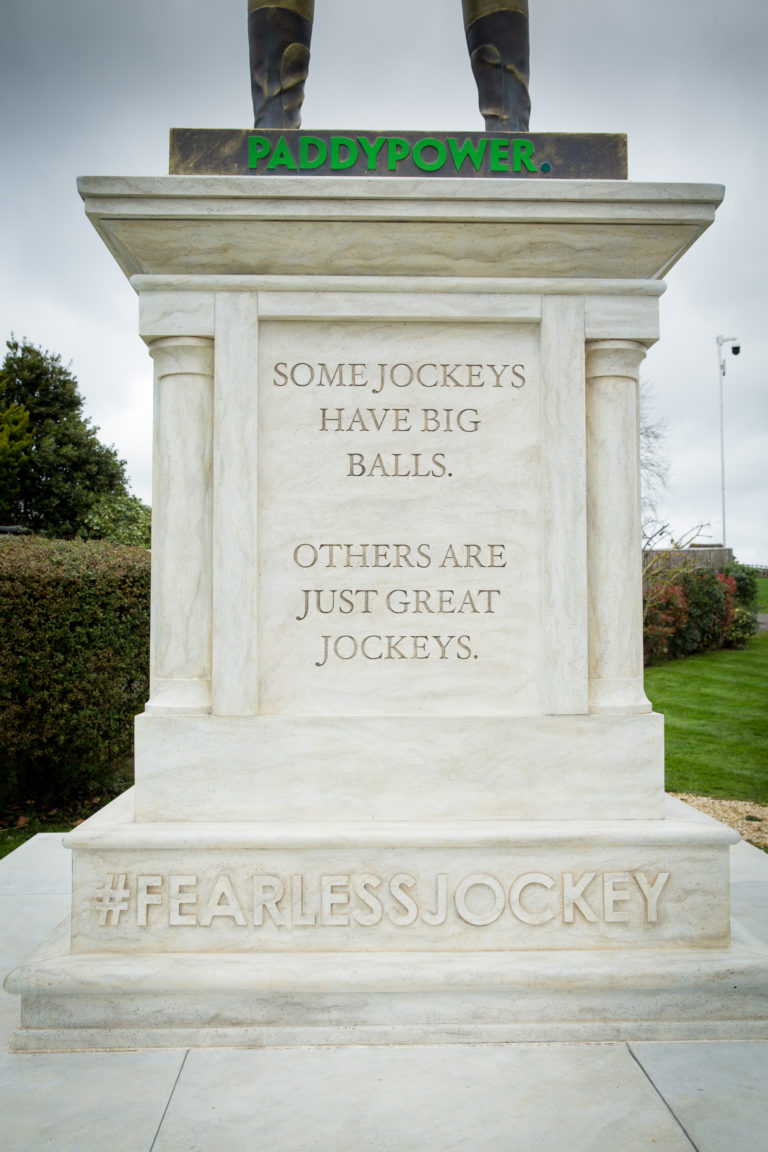 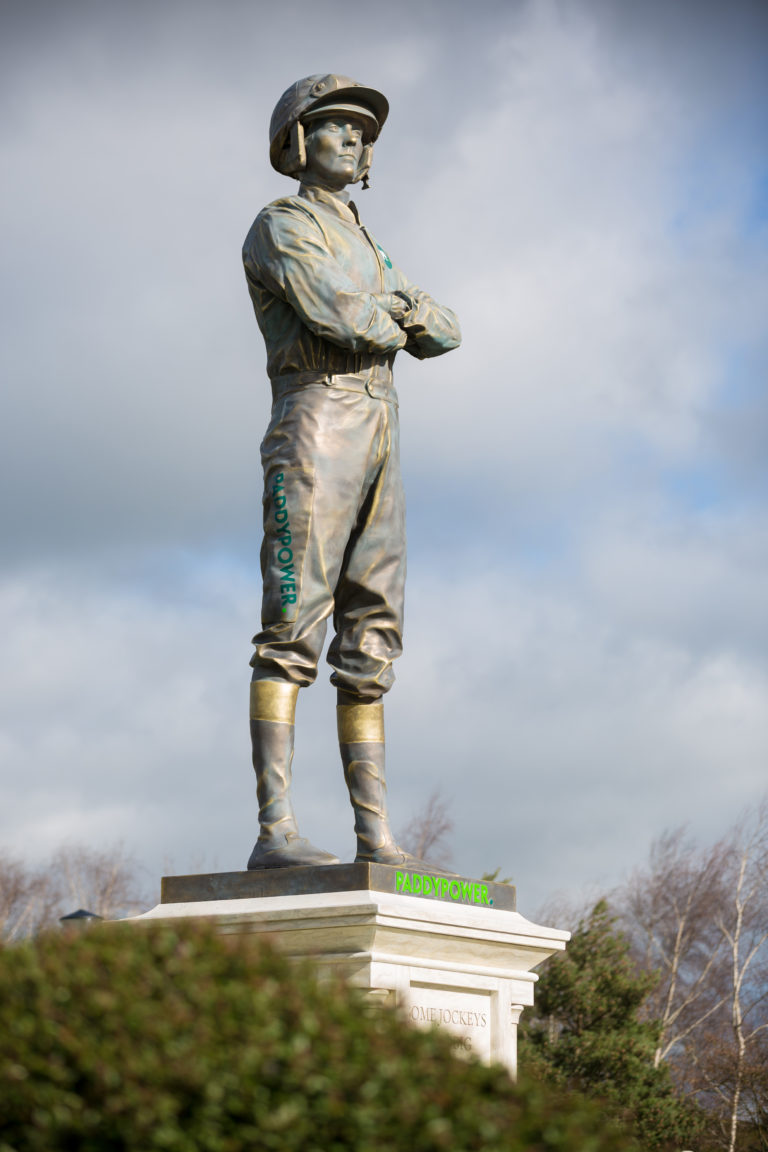 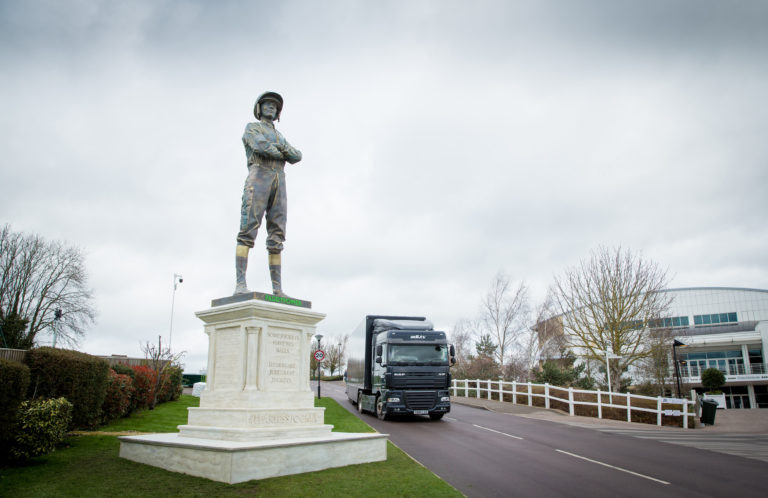 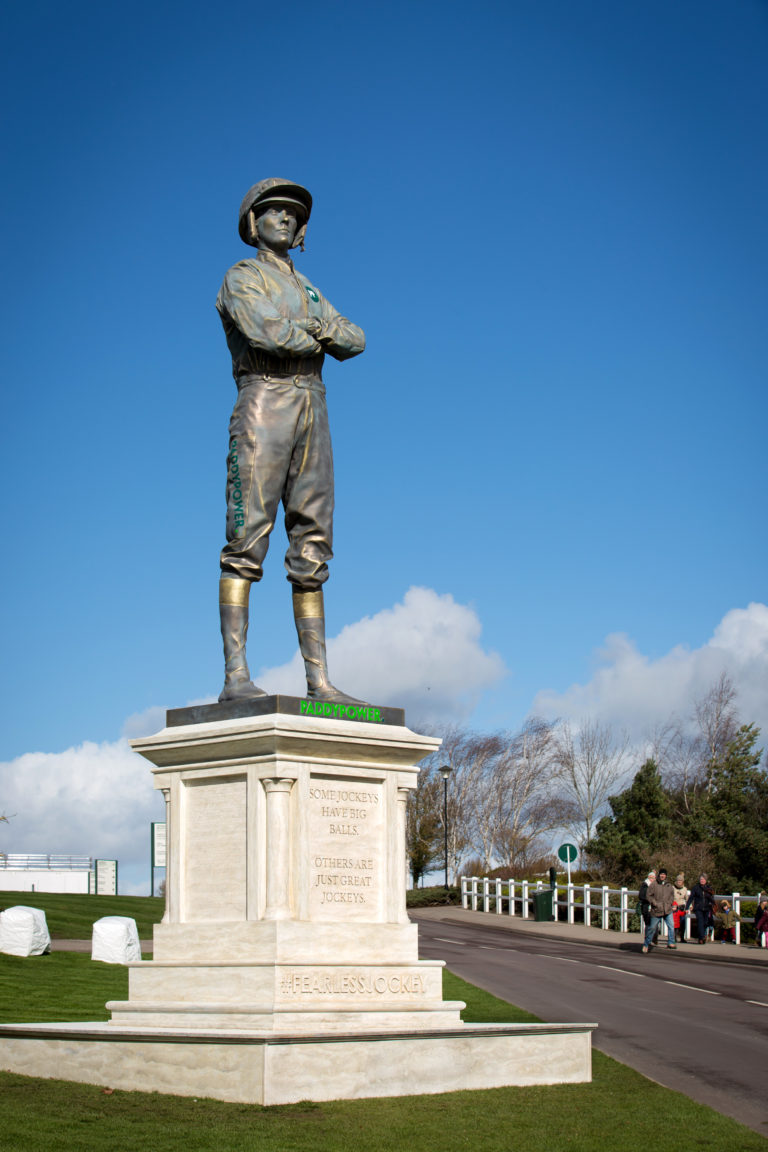 The Greening of the Desert