The centre piece of the Magic Meadow all weekend, c.50,000 festival goers bore witness to the new holder of the world’s largest disco ball title. As high as a three storey house, our ball was covered a kilometre’s worth of tiles, using 11,000 zip ties and filled with 350 cubic meters of air – equivalent to 1000 beach balls! 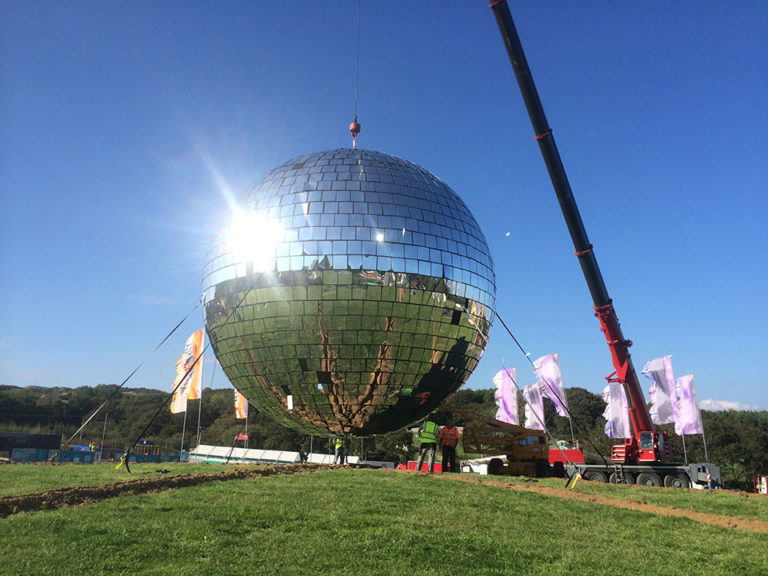 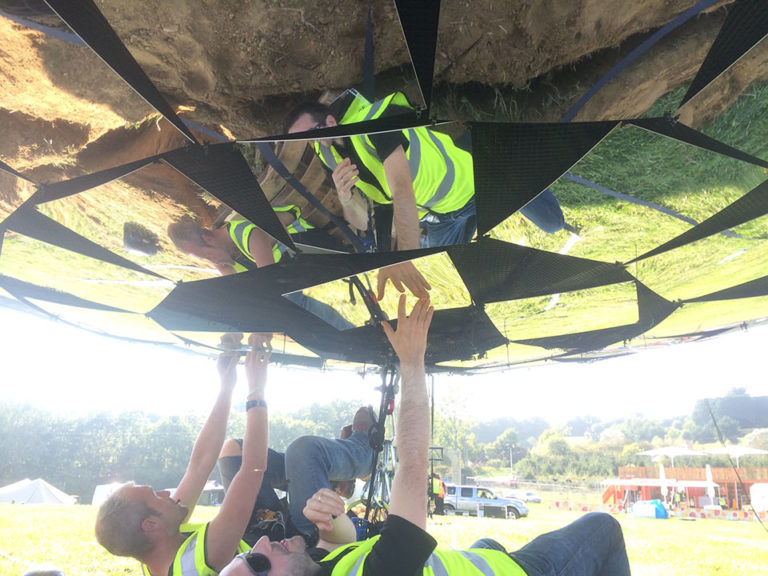 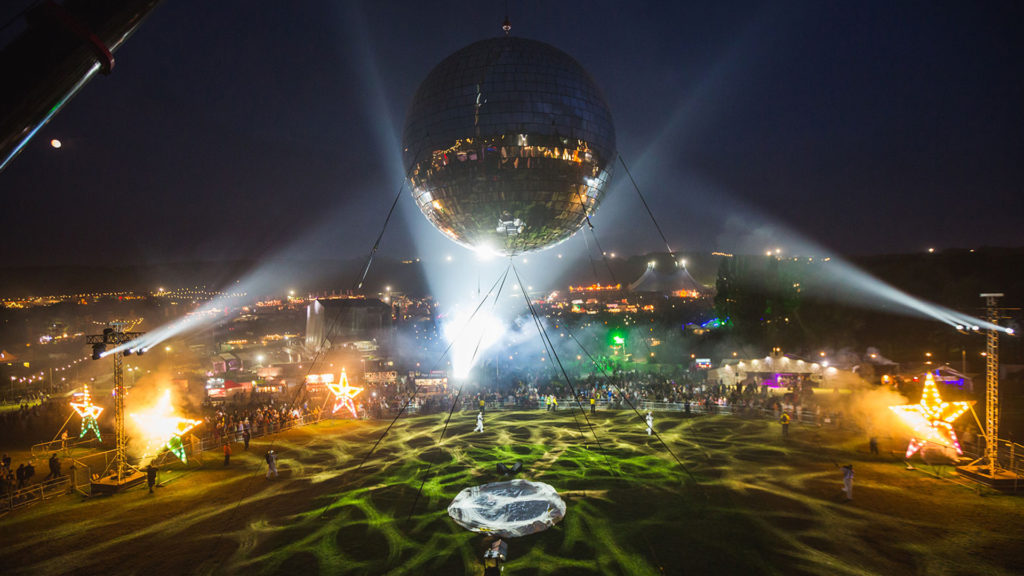 Bringing all of our record breaking skills to the fore NEWSUBSTANCE designed and delivered a Disco Ball that helped Bestival set a new GUINNESS WORLD RECORD topping the tape at 10.33metres.

A 10.33m, PVC ball was inflated and then socked in industrial strength mesh netting, onto which 2,500 styrene mirror tiles were painstakingly attached using over 11,000 zip ties.  A bespoke pressure management system was created to ensure structural integrity throughout its time on site.

Arriving on site, this beast of a ball was inflated, cleaned up and primed for its headline appearance.  On cue on Sunday night our world’s largest disco ball was lifted using a crane and rotated using 6 costumed wranglers. Once we had gained sufficient speed the wranglers stood down allowing the ball four full, unassisted rotations that combined with the already officially confirmed size delivered a GUINNESS WORLD RECORD! 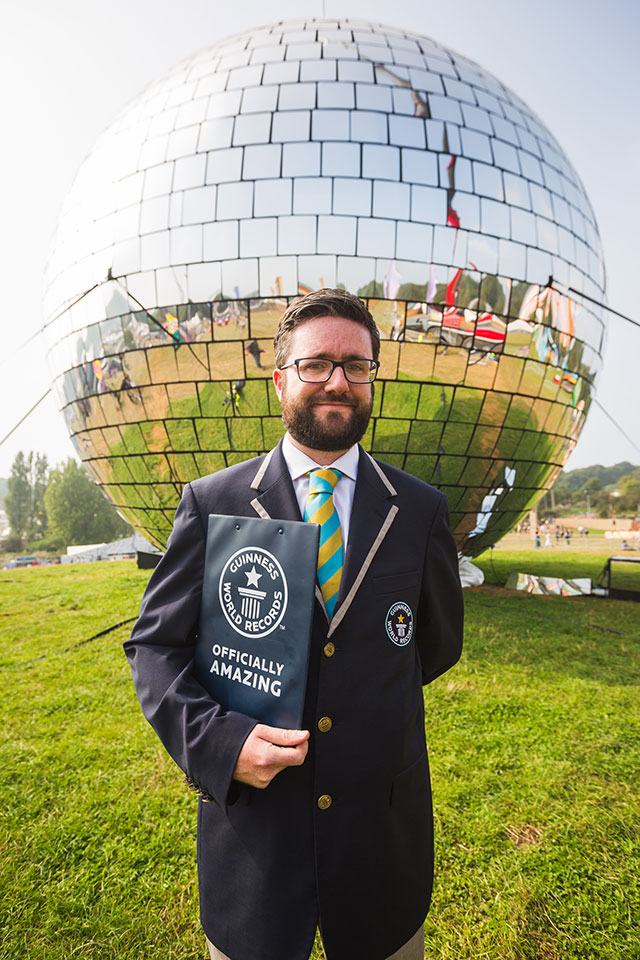 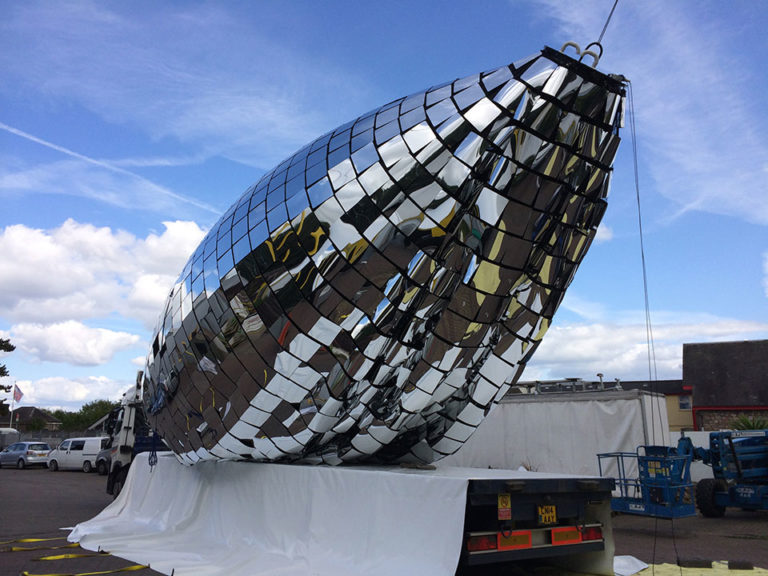 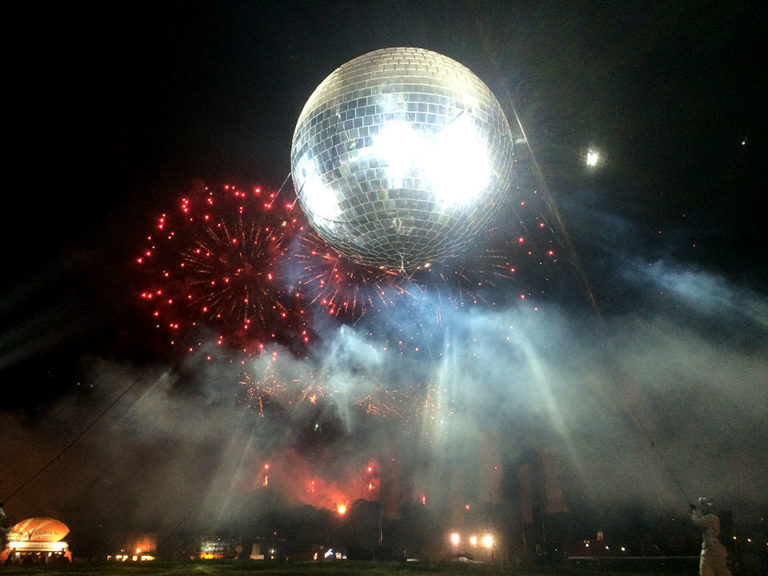 An innovative, custom made lighting solution with a twist for critically acclaimed Mancunian rockers Elbow, on their recent UK arena tour