Designing, building and somehow flying a 60 foot aluminium falcon 100 feet beneath a helicopter

We thought we would go into a little more detail on this project… Working with our production manager Andy Cotton at TAO Productions the structure was built in record time after more than two years of development. We had been experimenting with the concept of helicopter structures for some time waiting for the chance to build one.

When M-is indicated they wanted to create a flying falcon we knew exactly what to do. Measuring over 60 foot from wing to wing, the structure was hung just over 100 feet under a BELL helicopter to give the sense of unaided flight and lit entirely with aircraft landing lights. At a pre determined point in the show the tail of the bird was hydraulically lowered to create a crucifix style image over the heads of the audience. 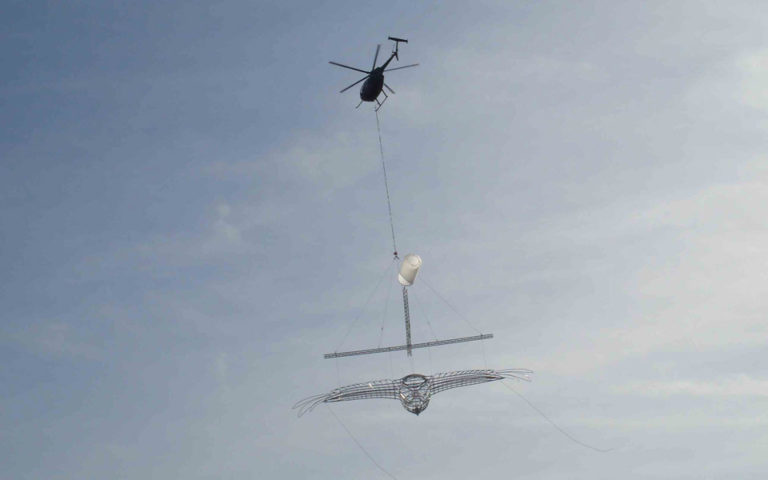 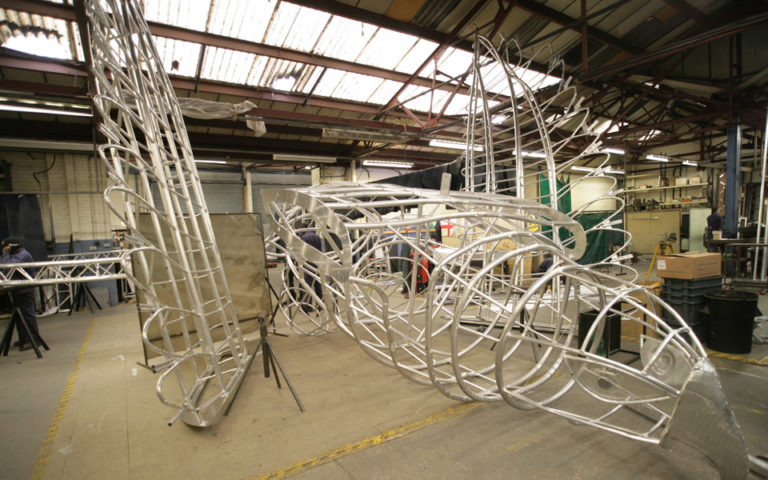 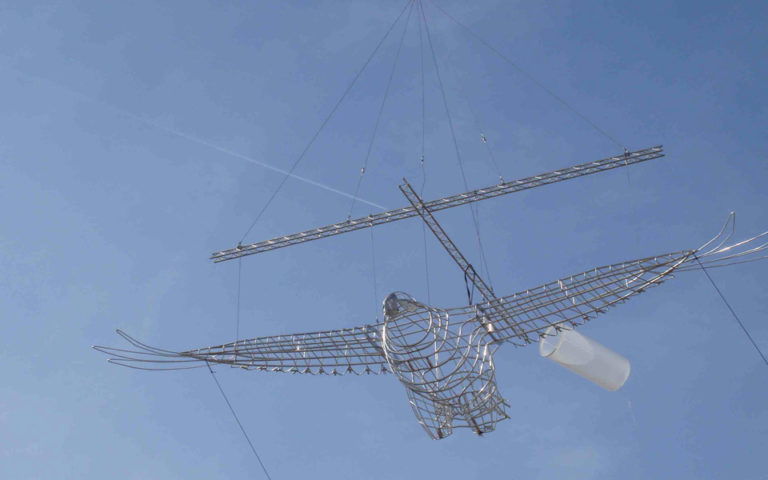 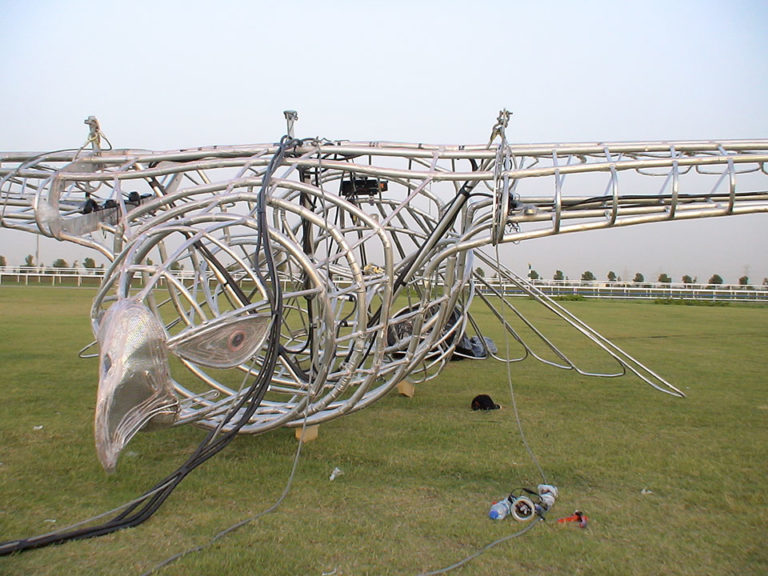 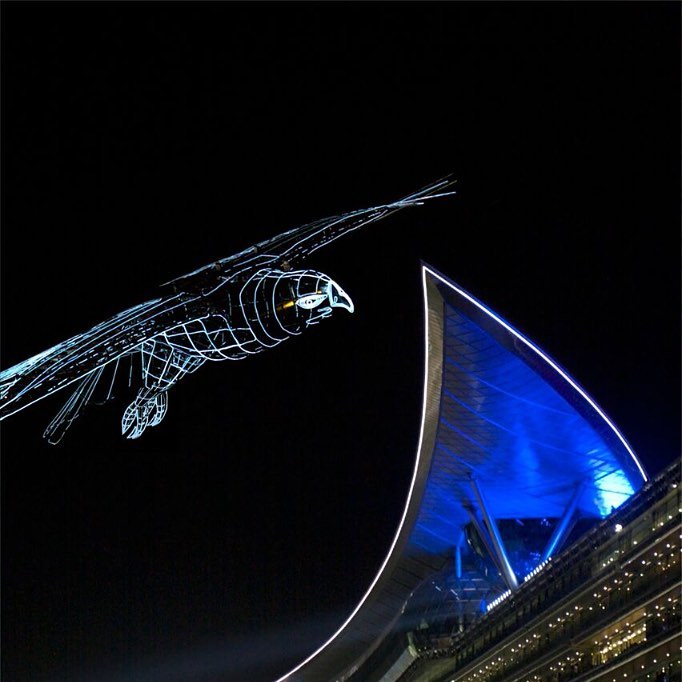 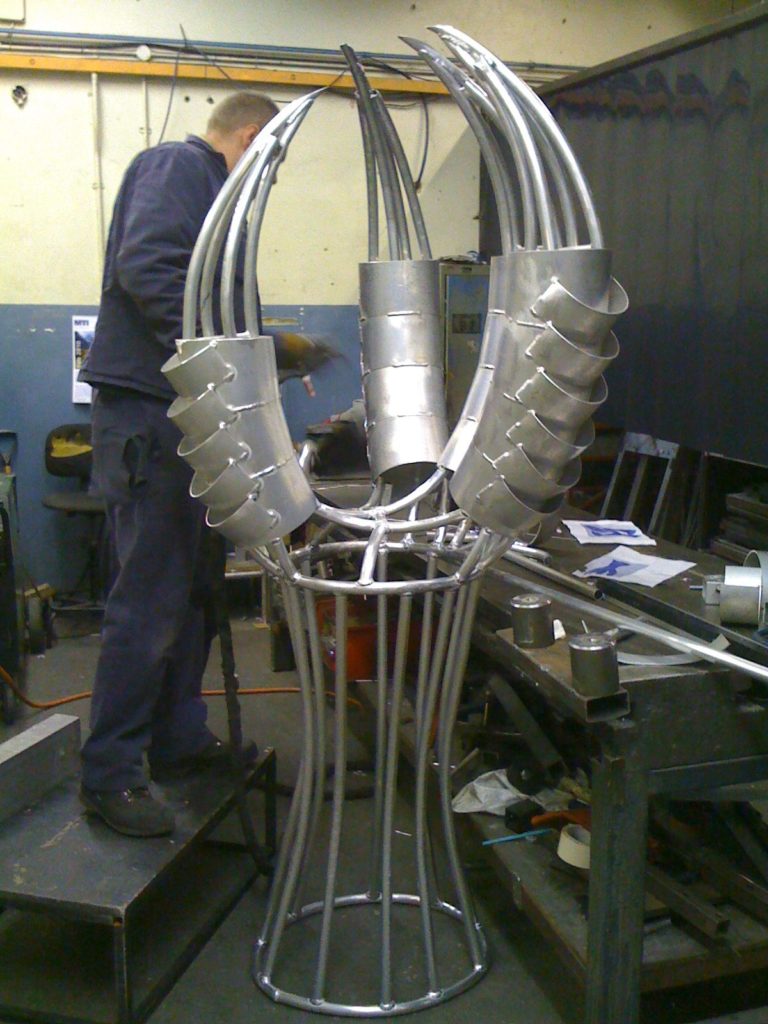 Introducing the reigning Queen of Pop to the stage

Devising and executing performance led creative to communicate the strength of Castrol Edge, the company's strongest ever oil