Creating a wild meadow for the 1st European Games

NEWSUBSTANCE won the tender to design and deliver an ambitious scenic element for the 1st European Games transforming a large section of the stage into a wild meadow, growing up through the deck and undulating in the wake of the lead actress as part of the shows narrative.

A capacity 68,000 spectators attended the opening ceremony for the inaugural European Games held at the prestigious Olympic Stadium, enjoyed by a global audience of over 500 million. 300 production staff supported by over 1000 crew combined with 6000 performers over 600 rehearsal sessions to deliver a spectacular Opening Ceremony. 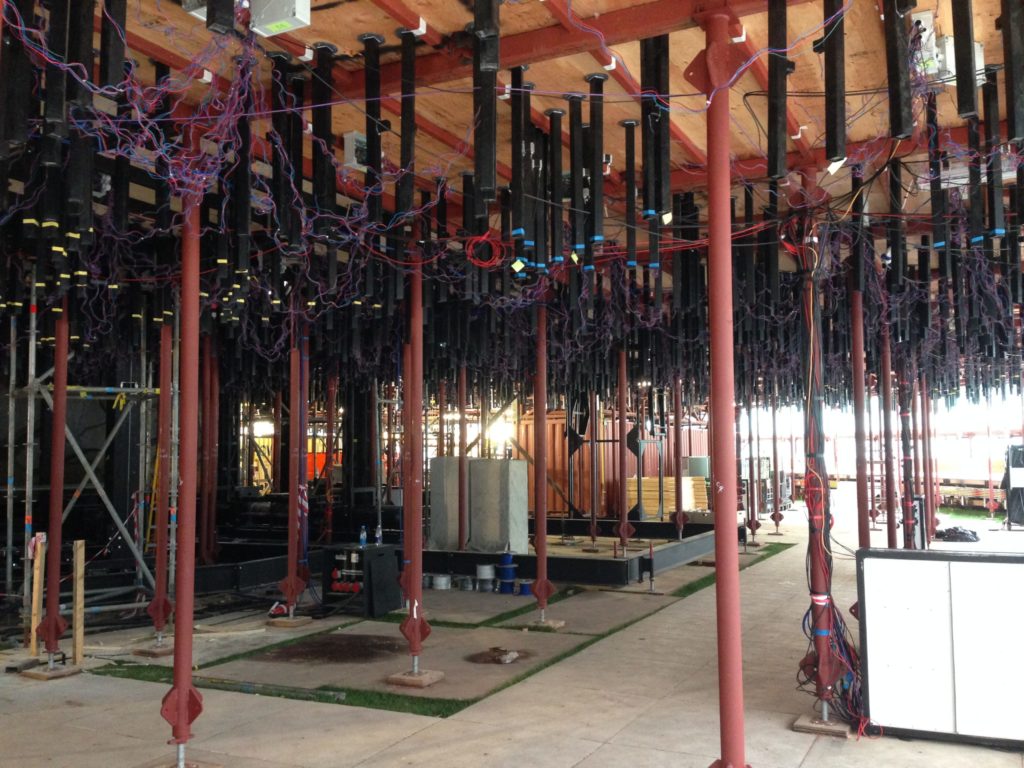 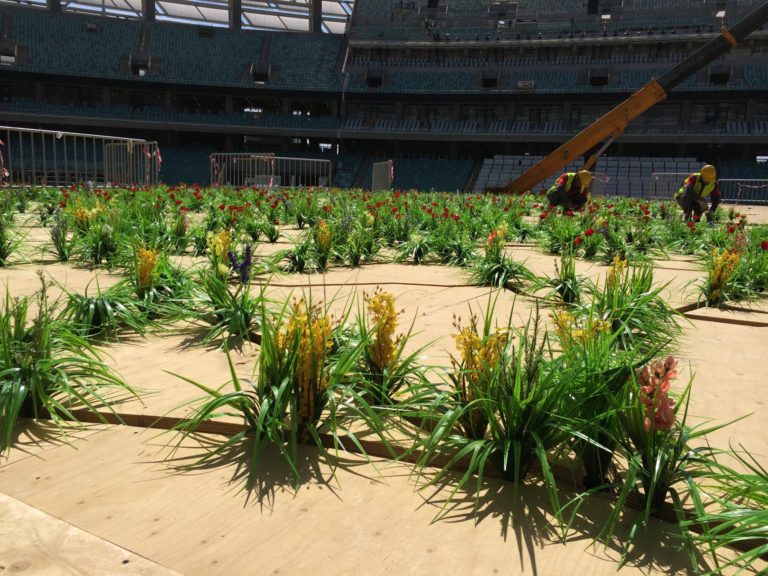 NEWSUBSTANCE designed a bespoke system that enabled full and individual control of the grass path allowing it to rise and fall in a variety of sequences and wave patterns. It comprised of 2480 square, rigid PVC tubes each fitted with a stepper motor that drove up a grass or grass & flower bung. The tubes were recessed into the cracked earth scenic deck and secured to the underside with screws through a flange collar. The grass bungs were comprised of a small plastic pot into which differing combinations of grass and grass & flower families were ‘planted’ using a two-part resin.

A custom designed video input to mechanical output interface was developed for the project comprising custom 7 layer circuit boards to convert art net and DMX signals into stepper motor commands. This involved taking an input via a video animation system, provided and controlled by our project partners Anna Valley and combining the signal through a lighting desk to create a multi-universe system capable of driving individual stepper motors. This system, utilising art net protocol enabled us, in collaboration with the Opening Ceremony’s creative team to produce a video effect that created a growth sequence to compliment the narrative for that particular section. 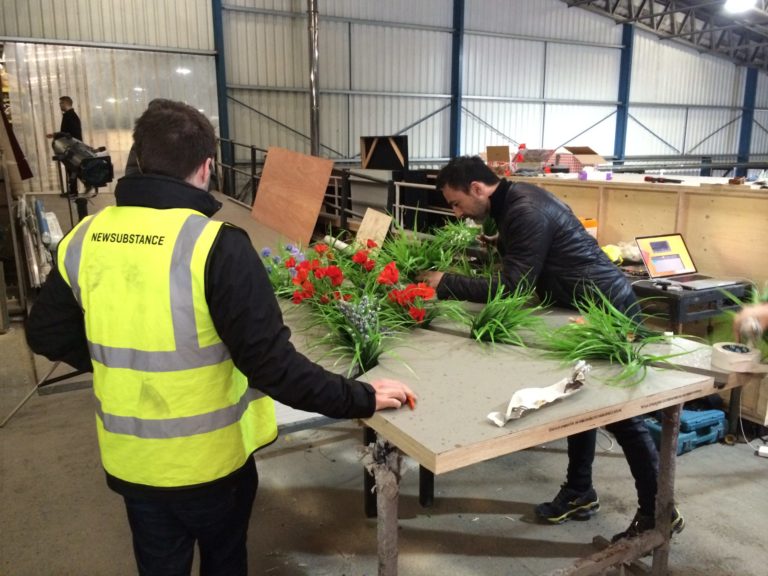 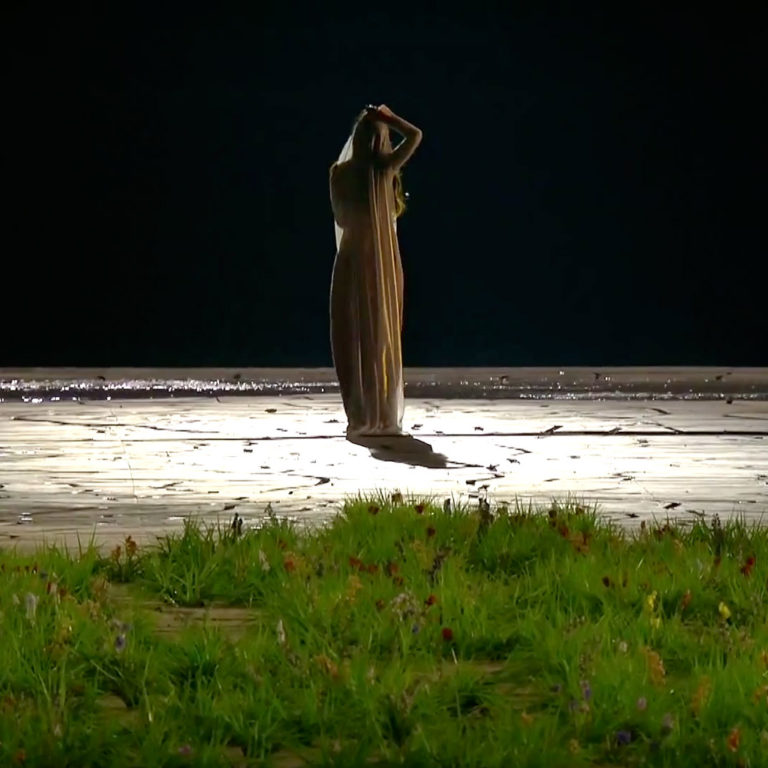 Returning to provide a Saturday night spectacle with 10,000 Falling Stars